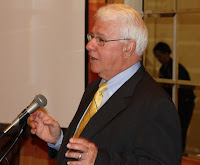 “The central task of ministry is the formation of a community with an alternative liberated imagination that has the courage and freedom to act on a different vision and a different perception of reality”-Walter Brueggeman
Twenty years ago, at a place called Phoebe Needles’ Conference Center in Calloway, Virginia a small group of people gathered to define the type of community they wanted in the pastoral care movement.
While they were at Phoebe Needles’ Conference Center they began to put together the ingredients of an alternative pastoral care community whereby the members of that community would see themselves as spiritual pilgrims seeking a collegial and professional relationship with each other.
They thought this community first and last would be theological.
They imagined that this community would deal with such things as accreditation, certification, and ethics complaints through what they were to call “chapters”.
The chapters were made up of small groups of people that would share life together, but would also challenge each other.
This new organization, as they envisioned it, would be for the purposes of recovering soul.
It would value personal authority and creativity. It would live by grace. And it would value persons more than institutions. After the people at this particular meeting spelled out these ingredients they were put in the format which would become known as the CPSP Covenant that was written by Raymond Lawrence.
To Read the full text of John Edgerton's Presidential Address visit the Pastoral Report the online journal of the College of Pastoral Supervision & Psychotherapy
Select this link for The Covenant of the College of Pastoral Supervision and Psychotherapy