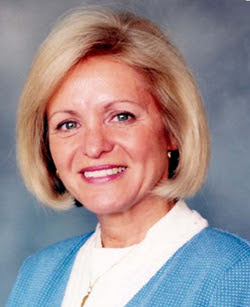 The 2008 Plenary of the College of Pastoral Supervision & Psychotherapy will be held March 31 through April 2, 2008, at the Wyndham Riverfront in North Little Rock Arkansas.
Carolyn Cassin is an internationally recognized expert in end of life care, organizational management, and the efficient, effective delivery of healthcare services. Long considered a leader in the national healthcare community, in 1983 she helped guide the first Medicare reimbursement for hospice successfully through Congress. Since then, Carolyn has taken on the challenge of advancing both the quality and accessibility of hospice care. She has consulted with many principal healthcare leaders and advocates, including President Bill Clinton, Senator Bob Dole, Governor John Engler, Senator Carl Levin and Representative Leon Panetta.
In 2002, Carolyn joined Continuum Hospice Care in New York City. Almost immediately and for the first time in its history, she led the hospice to profitability. In only four years, average daily census has more than quadrupled to well over 450 patients, and Continuum Hospice Care’s facilities have grown to 2 inpatient units and a hospice residence, with another scheduled to open this fall. Under Carolyn’s leadership, Continuum Hospice Care was recently honored with the prestigious American Hospital Association’s 2006 Circle of Life award. Formerly called Jacob Perlow Hospice, Continuum Hospice Care is now New York City’s largest hospice with a comprehensive program that reaches throughout the City, caring for patients in their homes, nursing homes, hospitals and Continuum Hospice Care’s own facilities.
Before tackling New York, Carolyn accepted a one-year appointment by Governor John Engler to manage Michigan’s $1.5 Billion Medicaid Managed Care program. As Bureau Director, Office of Medicaid Managed Care, she was also responsible for the Medicaid Pharmacy program, Managed Care enrollment, Customer Service Bureau and 15 contracts providing healthcare to over 1 million Medicaid recipients.
Carolyn’s deep experience managing some of the largest hospice programs in the nation, in fact, in the world, prepared her to take on the challenges of elevating hospice services in New York City. As COO of VistaCare, the nation’s second largest hospice program, she created national standards of care, effected annual growth of 25%, improved EBITDA at all sites, and improved profitability basis for the company’s IPO (Nasdaq: VSTA). VistaCare’s 45 programs served over 2,000 patients daily and 10,000+ patients yearly in 15 states.
During her 10 years as President and CEO of Hospice of Michigan in Detroit, Carolyn headed the acquisition of 11 hospice programs and merger into one corporation. She created and ran the nation’s first and largest statewide hospice program, serving 5,000 patients and their families each year.
While overseeing a staff of 800, as well as running a statewide hospice fundraising program, pharmacy, and a hospice computer software company, Carolyn turned around the agency fiscally, balancing the budget and generating operational surplus. Under her leadership, Hospice of Michigan established Hospice Home, the state’s first freestanding, specialty-built hospice facility.

Carolyn gained much of her political insight and acumen as Chairperson and President of the National Hospice Organization (NHO) (1983-1986) where she served as chief spokesperson and political advocate. Carolyn has been called upon again and is currently serving on the Board of Trustees for the National Hospice and Palliative Care Organization.
Of the numerous honors and special assignments given her, Carolyn is particularly proud of her achievements with NHPCO, including being honored with the 2006 Founder’s Award; initiating the National Hospice Work Group (1992 – present); serving as Governor appointed Trustee, Board of Control, Ferris State University (1997 – 1999); earning the "Best Managed Non-Profit" award, Crain’s Detroit Business, 1994; being named one of "Detroit’s 100 Most Influential Women," Crain’s Detroit Business, 1997; and receiving the first prestigious "Heart of Hospice Award", by NHO in 1993.
Carolyn earned her Master of Public Administration degree from Western Michigan University, her BA from Miami University, and the esteemed National Leadership Fellowship, from the W. K. Kellogg Foundation to study health care systems throughout the world.