Lack of Clarity Plagues the Association for Clinical Pastoral Education 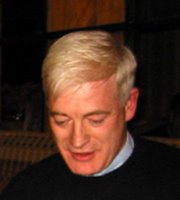 For nearly a decade the Association for Clinical Pastoral Education (ACPE) has erroneously promoted itself as the only legitimate provider of Clinical Pastoral Education (CPE) and, therefore, the only provider of CPE to qualify for Medicare Pass-through payments. Statements to this fact have been made by Lerrill White an ACPE supervisor and former ACPE President Bill Baugh. In addition former ACPE President James Stapleford further complicated the issue with the misleading comments that recognition by the Department of Education was a necessary qualifier to receiving such payments. The comments by these well known ACPE leaders carry authority and are misleading both to the ACPE membership and to the public at large. It is regrettable then that the ACPE Board of Representatives has failed to take any corrective action to publicly correct the erroneous comments made by some of the organizations most prominent members. One might conclude that the ACPE membership is not well served by its national leaders whose lack of leadership on this issue promotes continued confusion in the ACPE and the public at large.